skip to content enable focus indicator
BACK TO NEWS PAGE

Why an Invisible Vendor is Your Best Friend

Technology continues to push our businesses forward toward increased efficiency. The ongoing integration of now-ubiquitous cloud networking and storage has changed not only the way we do business but the way we communicate. Additionally, the cloud enables software vendors to quietly update programs and back up user data. If there is a glitch in the programming, many of us aren’t even aware there was an issue before it is fixed. 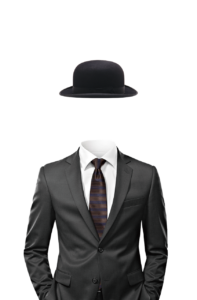 This isn’t true for the telephone systems of old (PBX.) Gone are the days of the static PBX and the ongoing costs associated with legacy equipment. In this article, we will examine the ongoing changes that are quickly forcing many hoteliers to reconsider their phone systems, key comparisons between old and new technology, and the reason why you never really need to see your phone vendor after the initial installation.

In part one of this blog we will examine how new systems maintain and manage new regulations. Parts two and three will provide detail on the differences in new communication systems and old phone systems

The Copper Sunset, the FCC, and New Regulations
As the sunsetting of traditional copper-based landlines begins to impact older properties there will be a larger need to migrate to a digital system. Commonly known in the industry as The Copper Sunset, this is the term used for the FCC’s phase-out of traditional landlines PWTN (public switched telephone network)—also called POTS, for plain old telephone service—which uses copper wiring and an enormous infrastructure that must be maintained.

This shift in our current infrastructure will impact hoteliers who have traditionally been slow to adopt new technology. Those whose landlines use copper lines—which have become increasingly cost prohibitive and difficult to service—must transition to digital systems, i.e., voice-over-internet protocol (VoIP). If they resist conversion, they will face ever higher costs for the lines and difficulty in maintaining their system—so, if, for example, a line goes down, it will be difficult, and costly, to get it fixed.

Why have so many hoteliers waited so long to make this transition? The reality is that no one likes to talk about phone systems. Many find it complicated and difficult to understand the nuances of the different equipment, software, and support needed to make the transition.

One of the greatest impacts on the telecommunication industry, for instance, is new legislation being rolled out by the FCC. Those with older phone systems will find it more expensive to maintain and update their equipment as these types of regulations continue. In the past several years alone, Congress and the FCC mandated two new requirements.

This type of legislation can be confusing and onerous for most of us. If a hotel isn’t working with a phone vendor that is following the proper protocol or the vendor hasn’t contacted hotel management to implement these types of regulations within its network, it could be problematic for onsite staff.

Read parts two and three to learn more or contact Think Simplicity to discover why you need to convert that old PBX into a new system, sooner than later!